built around the concept of death and the afterlife, it

had a big part of Egyptian lives, they didn’t miss a chance where they could have

had fun, they appreciated life and truly believed in the existence of magic.

entertainment and how the Egyptians enjoyed life through their various forms of entertainment.

their lives whether they were positive or negative as they saw the touch of the gods in everything.

They had various forms of recreation, games, sports, dance, and music to pass the time and took full advantage of their life.

would play in the yard or the streets various different kinds of sports.

played using a hoop and field hockey, while girls would engage in gymnastics, and dancing.

Both girls and boys were taught to swim and boat from an early age. Archery

part of the king’s coronation, military victories, and even in religious festivals and ceremonies.

the pharaoh showcasing his physical fitness after thirty years of a king’s reign.

member of any social status. 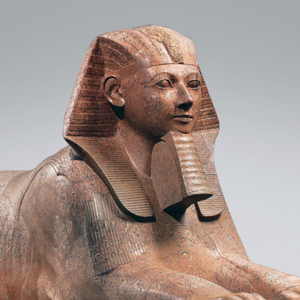 The ancient Egyptians would hold competitions like juggling, swimming,

ancient Egypt, they enjoyed their life to the absolute fullest, and every festival or

banquet or celebration was only considered complete with dancing and music.

Within the secular and religious activities, music and dancing were the most important parts.

They had various musical instruments which indicate the importance of

music within their daily life.

During the banquets, the guests would enjoy a majestic show of gorgeous

girls wear nothing but jewels and lithe acrobats dancing to enchanting music.

clapping, chanting. Many scenes and images are immortalized on stone vessels

and ceremonial palettes that showcase love, sensuality, and music having a

major effect on their lives.

dance troupes were available to hire to perform for any different event.

There were six different kinds of dancing in ancient Egypt harem dances,

The overall design of a party is not that much different from what we have today.

Both the musicians and dancers would perform while the servants would tend to the needs of the guests.

There were a lot of board games and toys in ancient Egypt, young children

would play with dolls, animal toys with moveable jaws, puppets either made of wood or clay.

Many of the toys took the shape of animals like cats, dogs, frogs, mice, and birds.

The girl dolls were made of cloth and stuffed with grass, hay, and horsehair. 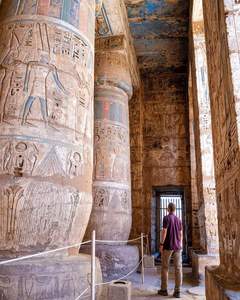 board game found in King Tutankhamen tomb which purpose was the

capture the opposing side’s pieces while advancing your own.

The oldest known board game known to man is Mehen a.k.a the game

enchantment of the overthrowing of Apophis.

takes two players and is known to represent one’s journey from life to eternity.

Storytelling was the most influential form of art in ancient Egypt.

sailor, or the ghost stories told at gatherings, festivals, and parties.

The Egyptians understood the importance and value of entertainment to the

majestic cities of Cairo. Alexandria, Luxor, and Aswan. You get to board a

magical Nile cruise on the lifestream of Egypt through our Egyptdailytrips

packages and explore the timeless heritage of the ancient Egyptian pharaohs.