Egypt “Land of Pharaohs”
Since the moment of creation, a mysterious land with ever more mysterious people

and advances for the purpose of creating heaven on earth. Egypt is a true miracle

enlightenment. Egypt is truly blessed in every shape and form from geographical.

to catch the stars with their bare hands.

Egypt took its first step and became a unified country under the rule of one king.

called Menes or Narmer, the founder of the first dynasty. Through the years, Egypt

a flood that acted as the bloodstream and the life bringer of Egypt as the ancient Greek.

historian Herodotus stated: “Egypt is the Gift of the Nile” which started an agriculture

an evolution that provided great wealth which acted as fuel for future immortal projects.

For the next three millennia, many great pharaohs of strong men and women

worked on driving the country to new heights of wealth and power like Queen Hatshepsut,

king Ramsess the great, and more. During this time many great monuments

generations to come like the great pyramids of Giza, the sphinx, the Abu Simbel

temple, Karnak temple, a valley of the kings, and many more. After the end of the last

, Romans and Byzantines then came the Coptic era and finally came the Arabs

which was the second-largest university in history. The country then became under

under British rule in 1882 until it gained its independence in 1922.

Where is Egypt Land of Pharaohs 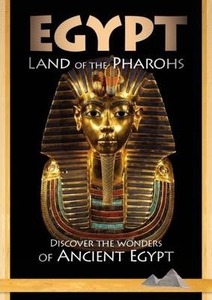 Egypt is an African and Arabian country, located in a very unique location in North

Africa and West Asia (Sinai Peninsula). Egypt bordered from the north by

the Mediterranean Sea that separates it from Europe, from the east by Palestine,

the Red Sea, and the Gulf of Aqaba which separates Egypt from Jordan and Saudi Arabia,

from the south by Sudan, and from the west by Libya.

The Climate of Egypt Land of Pharaohs

The weather in Egypt is usually hot, dry, and sunny all year long especially during

from September to April the climate is quite wonderful with low temperatures.

various artifacts and monuments of the magical land in Cairo, Alexandria, Luxor,

Aswan, and across the red sea in Hurghada and Sharm el sheik.

Egypt from Agriculture Side

its silt on the river banks where the ancient Egyptians found life and wealth.

Egypt from Industry Side

mines of gold and gemstones. Nowadays Egypt is involved in a number of modern industries while maintaining its roots.

Egypt from Commerce Side

in the world where most of the international commerce cross Egypt from the Suez.

links the Red Sea with the Mediterranean Sea, in Addition to Egypt having many

Egypt “Land of Pharaohs” is one of the most important tourist attractions in the.

the entire world, where everyone put it on their travel bucket list. Egypt is one of the

great artists and innovators as shown across all the legendary historical attractions.

all over the country. Egypt is a true miracle where ancient Egyptians built

a great civilization in the Nile valley, filled with a lot of temples, artifacts,

and breathtaking monuments to discover during your Egypt tours.

Egypt tourist attractions have Two-thirds of the world monuments. Where is the

Great Pyramid that’s is one of the seven wonders of the world, the Great Sphinx.

historical places in upper Egypt in Luxor, and Aswan where many of the great

temples still stand from 4000 years ago. Many museums all over Egypt contain

Ali mosque, and around it there are many mosques like the mosques of Amr Ibn

Alas, Sultan Hassan, the Hanging Church, and many more. And in Alexandria lies

and one of the seven wonders of the ancient world.

Recreational tourism which is represented in a wonderful beach on both Mediterranean like:-

Alexandria, North Coast, and Marsa Matrouh on the Mediterranean Sea where

the finest climate in summer and nice beaches. In the Red Sea like.

tropical climate all over the year; fine in summer, sunny and warm in winter,

all across the people, carols reef and rare colorful fish under the sea that surprise.

all visitors with a whole new underwater universe. Also, there are adventure tours

like snorkeling, diving, and water sports, Super Safari by quads, and Jeep to discover

the western desert and do a little camping within the Bedouin Sahara.

Egypt is the home of the most important monuments across the course of the.

three holy religions of the divine across more than 3500 years. Religious tourism is

represented in a combination of Islamic, Jewish, and Christian monuments

the hanging church, Abu Serga Church, and more. Egypt is the home.

to “Al Azhar” the biggest source of Islamic doctrine in the world, and home

to students from all over the world that have come to learn about Islamic knowledge,

for many medical purposes like recovery from many diseases such as rheumatoid,

arthritis, Psoriasis, and many other diseases.

monuments and discover the Ancient Egyptian Civilization, then you can explore

our Egypt tour packages or Nile cruises and choose your own journey.