1-day tour from Cairo to Luxor by plane

Cairo  Truly one of the greatest cities in the world, Cairo, also known as Greater Cairo,

is famous for so many of its ancient civilization monuments such as the Great Pyramids of Giza and the Great Sphinx. 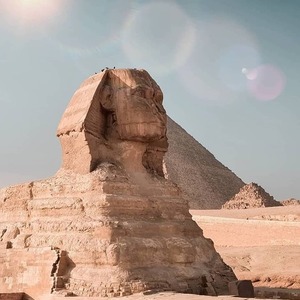 But Cairo’s best-kept secrets are yet not known by many of those who visit this fabulous city,

so in order for you to really make the most of this ancient modern fusion city,

here are all the places you should check out when visiting the great city of Cairo.

Learn all about the magic and charm of the city of Cairo, the largest city in Egypt,

and the great Egyptian capital, full of historical and cultural attractions.

Where is Cairo located?

165 km south of the Mediterranean Sea and 120 km west of the Gulf of Suez and the Suez Canal.

Cairo has a population of around 20.9 million people distributed in

a total area of 3,085 km². Cairo is a very busy city and traffic can be chaotic and crazy at rush hour.

What are Cairo’s best districts?

Cairo is a city that boasts energy all the time. Here are some

districts that are ideal to stay in or at least take a walk-in. They are favored by tourists and Egyptian alike.

An Island in the Nile, Zamalek is one of the very best districts in Cairo,

with a very high population of ex-pats and a number of embassies,

Overlooking the gorgeous Nile River, Garden City is a few minutes away

from Downtown Cairo and the Egyptian Museum. With a high number

of trees and beautiful villas, Garden City is a gorgeous place,

and it’s the location of some of the best hotels in Cairo.

With the highest numbers of ex-pats in Cairo, the Maadi district is a great place to

walk around, with lots of big villas and beautiful trees, Maadi also

has great international schools and amazing restaurants too.

Best Places to Visit and things to do in Cairo

is where you really get a feel for the real Egyptian local life. It’s so easy to fall

in love with this city, especially with its unique history and culture.

Arabs call Umm al-Dunya Dunya – ‘the Mother of the World’.

Experience the energy of this buzzing metropolis and find

the best places to visit and interesting things to do in Cairo.

of Giza and the Great Sphinx. Dated to almost 5000 years ago,

these monuments and their great conservation state are one of the greatest things you can experience with naked eyes. located in the Giza Complex on the west side of the Nile River banks,

the Great Pyramids and the Great Sphinx are Cairo’s best-kept treasures. 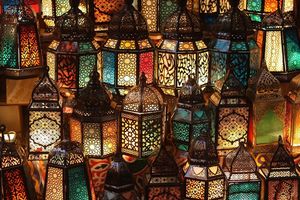 Located in the famous historic center of Cairo, the Khan El Khalili is

one of Cairo’s best attractions and markets for tourists in Egypt.

With thousands of stands of local art, shoes, clothes, and restaurants too,

a visit to Khan El Khalili Bazaar is like a walk back in time.

Founded in 1858, the Museum of Egyptian Antiquities also known

The Cairo Museum is a must-stop for any tourist visiting Cairo.

‘the heart of the city’. The reason for calling it so is because the

The downtown area is a part of the city that is full of life and activities.

Cairo is sometimes called ‘the city that never sleeps’ of Egypt,

and so for Downtown. It is not only the heart of Cairo, but also

the center for every life activity and facility, and the hub for different cultures.

Downtown is famous for Talaat Harb Square and Tahrir Square.

building project to modernize Cairo and other Egyptian cities.

The Khedive’s goal was to make it like a European city.

The Museum of Islamic Art is one of the main attractions Downtown.

It contains a well-curated collection of artwork and architectural

features from the era after Islam arrived in Egypt (641 AD).

Located in the area of the greatest concentration of sights in Islamic Cairo,

Al-Muizz Al-Deen Street was the main street through the city when it was built back in the 11th century.

Shorted to Al Muizz Street, the northern section of the street

(between Bab El-Fotouh and Al-Azhar Street) was recently restored.

This is one of the most picturesque parts of Cairo. The Qalawun Complex

then this part of town will for sure become your favorite part of your Cairo Tour. 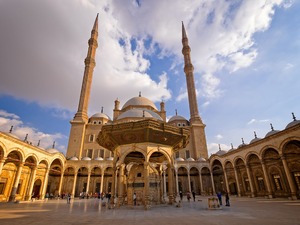 Given the threat of invasion by European crusader armies, Saladin decided to

improve the fortifications of the city. In 1176 AD, he began construction

and Fustat (Old Cairo). Saladin’s Citadel served as the seat of government

the newly constructed Downtown Cairo in the 1870s.

as a fortress for the Crusader armies. It has been expanded and remodeled by

fort next to Saladin’s original walls. The most noticeable changes came in the 19th century.

and artifacts in the world. Founded in 1910, the museum records

Coptic history from the arrival of Christianity in Egypt up through the Ottoman era,

Located in the area known as Coptic Cairo, the Saint Virgin Mary’s

Coptic Orthodox Church, also known as The Hanging Church, is one

of the oldest churches in Egypt, dating back to the third century.

The Cairo Tower located in Zamalek is a great way to see the whole city from a spectacular angle.

Sitting at 187 meters high, the Cairo Tower has been the tallest building in North

Africa for the past 50 years. On the 62nd floor, tourists can enjoy the gorgeous

view of the city of Cairo during the night and day. A cafe is also available

up there and food and coffee are served for those who get hungry.

(GEM), also known as the Giza Museum, is a museum of artifacts of ancient Egypt.

Today, the Grand Museum is recognized as the largest archaeological

museum in the world, the completion of the museum is planned to be done in 2020.

Located in the area of Cairo known as Citadel, the Great Mosque

between 1830 and 1848 and it is today one of the main touristic places in Cairo.

Located in the area of Islamic Cairo, Al-Azhar Mosque, also known as Al-Azhar,

is a very famous Egyptian mosque in Cairo. Its construction was commissioned

during Al-Mu’izz li-Din Allah of the Fatimid dynasty in 970.

Located in the Zamalek district of Cairo, the Cairo Opera House is part

of Cairo’s National Cultural Centre, and it is the main performing arts venue

in the Egyptian capital. Home to Egypt’s finest musical groups, the Cairo Opera

House is a great visit for those passionate about music and the arts.

Where to buy souvenirs?

Classic souvenirs such as figurines, key chains, and other decorative items

can be purchased at Khan El Khalili. As for the original papyri, you can find

them at the Papyrus Institute or shops that work exclusively with this product.

There are several stores around the country, mainly in the vicinity of tourist areas.

The same goes for Egyptian cotton, perfumes, silver, and gold –

there are specific stores that work with each type of these products. When in doubt,

always ask your guide for advice on the best place to purchase the products you want.

Is it possible to customize any of the products?

Yes, papyrus and jewelry stores personalize products according to the taste of the traveler.

They can add names in Arabic or hieroglyphs, resulting in beautiful and memorable pieces.

the famous ful and taameyas cart and liver and sausages sandwiches cart.

Another famously unique dish is Koshary. Koshary is made of a mixture of rice, spaghetti,

lentils, and chickpeas, covered with tomato sauce and fried onions.

it has amazing restaurants all over and the Nile offers great options for BBQ and international foods too.

How to get to Cairo?

If you are outside it you can come to it by plane. But if you are in Egypt,

you could easily reach it by bus, train or plane.

When is the time to visit Cairo?

Since Egyptian summer is extremely hot, the best time to visit it

be from September to April. December and January can get a little cold, so you should pack accordingly.

Interesting Facts about it

The Greater area covers around 500 sq. km, with an estimated population

of 21.9 million, making it the largest city in Africa and the Middle East.

It is believed that there are over 4.5 million cars in the city

Al-Ahly and Zamalek football club are the biggest soccer teams in the country,

and even though their rivalry is intense, yet they share the same stadium.

Sunday is the first day of the week making Friday and Saturday the actual weekend.

the only city that still has a remaining ancient wonder of the world, the Great Pyramids of Giza.